Released last year, the Tesla Model Y is a 100% electrically powered SUV and the 4th car to be featured in Tesla’s range. Even though this vehicle is made using traditional manufacturing processes, Munro Live, a YouTube channel held by engineering company Munro & Associates, revealed an interesting fact: Tesla is 3D printing emergency parts to replace defective molded components.

This is the name of a YouTube video series made by Munro Live. The concept is simple, a Model Y car component is taken apart and examined from a technical standpoint, in each video. Munro & Associates, the channel’s parent company, is an engineering consulting company that specializes in helping customers improve their processes. The expertise they can provide spans a number of industries, and of course, Munro & Associates have a good knowledge of car making.

In the 23rd episode of its Model Y playlist, Sandy Munro takes a look at the car’s HVAC and goes over some interesting things they found. And for 3D Printing professionals, it’s an understatement to say it.

On the crankcase, Munro points out two attachments. One of them was successfully molded, while the other had obviously been removed and replaced. The ridges present beneath the component leaves no doubt that Tesla resorted to FDM 3D Printing for this part. 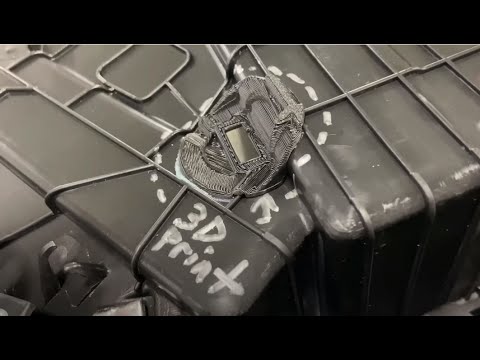 What would Tesla use 3D Printing?

It is very likely that an HVAC housing flaw had been noticed during the production process, which would normally need to be shut down while molds get fixed.

Holding production lines is a situation manufacturers want to avoid at all costs, and that’s why Tesla resorted to 3D printing to solve this issue. While the HVAC molds were being fixed, Tesla could just cut out the flawed connectors and replace them with correct 3D printed ones.

Hence, this connector, however low its resolution may be, tells us how pragmatic and inventive Tesla can be when dealing with problems.

In his video, Munro commented they had never seen such a feature before, and that it is a very effective way of getting around production problems while tools get modified.

This example from Tesla shows us that with the right dose of ingenuity, production can be improved in many ways when using 3D printing along with other processes. When it comes to Additive Manufacturing in the car industry, it also gives ground to amazing projects. Do not forget to subscribe to our Newsletter for more interesting 3D Printing news.